Dr. Anil Shah’s patients come into the office looking to have a procedure done. However, Dr. Shah is not just interested in just performing the procedure. He also makes sure that each and every patient that he meets has an excellent journey into having the face that they have always wanted. Here are just a few of Their Stories. 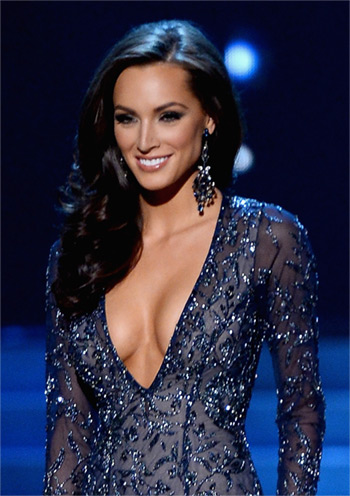 S was a beauty contestant seeking the help of Dr. Shah in nasal reshaping before one of the most competitions in her life. She was to compete in the Miss USA pageant as the representative of Illinois. Prior to seeing Dr. Shah, S had a previous rhinoplasty performed by an outside facial plastic surgeon in which the surgeon used a silicone implant in her nose to repair an injury she had sustained when she was younger. The previous surgery did eventually start to obstruct S’s breathing. To further complicate her story, the implant itself was causing complications for S’s nose, both physically hurting her and becoming visibly noticeable. The implant was likely to extrude from the tip, potentially leaving a permanent scar on the patient’s nose. Seeking out the best in revision rhinoplasty, S found Dr. Shah through high recommendations from people in the world of beauty and high fashion. Dr. Shah’s expertise in constructing or, in this case, reconstructing a more form fitting nose could be highly beneficial for S in potentially fixing her nasal problems by removing the implant and improving the appearance of her nose to a more natural look. However, time was not on the side of the patient or Dr. Shah. The pageant was only four months away and Dr. Shah had no time to waste. After careful planning, Dr. Shah and his staff went into action. For more about S’s story, please click here to read more.

To see S’s Before and After pictures, please click here. D is a well-known face in the pages of the glossy magazine industry. As a model, her facial features are an integral part of her career. However, due to some breathing issues, D sought out a doctor who could help her improve her breathing as well as improve her nose from a visual standpoint. That was how she found Dr. Shah. After carefully planning out what needed to be done, Dr. Shah and D agreed to a procedure that would be best suited for her. The key component to this procedure was to make sure the changes discussed would compliment her facial features and stay true to her appearance, aesthetically. This stems from Dr. Shah’s belief that there is always a point where form and function meet. This means that Dr. Shah will always look for the best ways to give the patient the nose that fits them while keeping functionality in the forefront. Dr. Shah opted for an open approach due to the type of changes D had wanted. Dr. Shah felt that this type of approach would create a more reliable long term result and it also took into consideration the nature of her internal nasal structure. Changing both the inside and outside is one of the most gratifying experiences for surgeon and patient alike. For more about D’s story and her before and after pictures, click here to read more. JJ is a reality television star that is well known amongst the entertainment industry and has been featured on multiple shows including programs on the cable channel, Oxygen. She is also a patient of Dr. Shah. Being in the eye of the camera, JJ was seeking to improve on her appearance, including first and foremost, a breathing issue she was having inside her nose. The procedure that she was looking for was to externally repair her nose so it would look straight from a frontal view as well as a from the profile view. Along with the issues with her nose, the patient also noted the fullness in her face and desired to have the fat removed along her face. This type of fat is known as “buccal fat.” Most times, facial fullness could be reduced with diet and exercise. However, sometimes, facial fullness could be hereditary and surgery could be an option. While it is common to remove the buccal fat pad through the cheek through a procedure with a similar incision as a deep facelift, Dr. Shah’s approach for this procedure, and in JJ’s case in particular, was to go in through the mouth and remove the buccal fat intraorally. Both of JJ’s procedures were approached using a “scarless” method, meaning that most of the incisions were done internally, thus hiding any signs of scarring from the public.

To see JJ’s Before and After pictures, please click here. A is a fashion model that has graced the pages of many international magazines. However, she began to notice that prominent lines began to slowly form along her face over time. It is not uncommon for younger patients in certain industries such as fashion, modelling, acting, etc. to seek an appearance with less prominence of lines, even at an earlier age. A procedure that doesn’t require all the recovery time as a major procedure like a facelift, that is often sought after would be a facial filler. For A, this was the route that she would take to slow down the forming of these lines on her face. Facial fillers have the effect of creating a slight freeze in both facial muscle movements, as well as the formation of prominent lines. In oftens cases, small doses of Botox can be used at an early age and continued over time with adjustments as the patient ages. However, facial fillers should be used by injectors who have an understanding of facial aesthetics, like Dr. Shah. Sometimes, some botox injectors will only inject their “standard” dose which, according to Dr. Shah, can provide facial fillers more as “therapeutic” answer than the beneficial long term solution. This “standard” injection can often lead to the filler not being as effective later in life. And for this reason, A sought Dr. Shah’s expertise. For more about A’s story, please click here to read more.

To see A’s Before and After pictures, please click here.