For many years, there was a stigma that an African American patient seeking rhinoplasty was not necessarily trying to enhance their appearance but in effect look more white.  Even in some of the early rhinoplasty text books, African American noses are not described or even worse surgeons would describe techniques to transform or “Westernize” noses into a Caucasian nose.  What was missing from these earlier textbooks, however was the understanding that patients did not want to look whiter, they just wanted to look better.

A new breed of plastic surgeon has emerged who seek to preserve ethnicity, rather than erase it.  Dr. Anil R. Shah, a Michigan Avenue Plastic Surgeon and Clinical Instructor at the University of Chicago, is leading the way to make changes which he calls “ethnically responsible.”  On his website, he has even developed a tool called EFace, which allows patients from a variety of ethnic backgrounds to learn more about a procedure for their specific race and gender.

“I have been fortunate enough to work with patients from very diverse ethnic backgrounds.  Five years ago if I asked a patient what is their ethnicity they were offended.  Now patients understand that this is critical in helping create the perfect nose for their face,” states Dr. Shah.

According to Dr. Shah, rhinoplasty is one of the most popular procedures for African American patients.  Dr. Shah is considered one of the experts in ethnic rhinoplasty and performs over 150 rhinoplasty operations a year and having published over 50 scientific articles.

“African American Rhinoplasty is one of the more challenging operations.  Many of the older techniques just don’t work effectively in creating a natural beautiful African American nose.  Rhinoplasty can be a wonderful way to subtlely make a nose more natural and beautiful.”

African Americans are expected to continue to be one of the largest growing consumers of plastic surgery in the next decade.  However as recent trend indicates, patients want to stay both beautiful AND black. 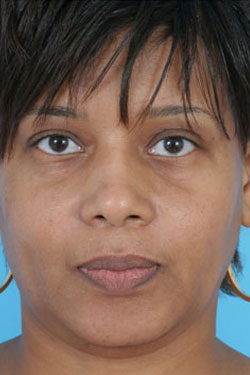